[Sponsored content] France Channel proclaims itself the first “Culture-entertainment” platform. This streaming platform dedicated to French culture and creation allows all American Francophiles, French and French learners living abroad to enjoy the best of what France has to offer through the largest selection of films, series , documentaries, magazines, live shows, cartoons for children, and the live online broadcast of France 24’s international news channels, in French and English.

Created by Julien Verley, former executive of Canal + and France Télévision, this new platform intends to promote France and French audiovisual creation throughout the world.

In order to stand out from traditional streaming services, the platform relies on its large library of French cinema, with a very wide range of films, from “César et Rosalie”, with Yves Montant to “Rien à declarer”, by Dany Boon, but also with “Contre Enquête”, with Jean Dujardin, the famous actor of “The Artist”, or “Arsène Lupine” by Jean-Paul Salomé with Romain Duris, proposed in a nod to the phenomenon Netflix series.

“We are counting on the seductive power of a breathtaking French cinema with a very large catalog of 350 to 400 films,“ said Verley. For the first time in the United States, France Channel will also offer the American public French series “daily soap operas” which have been very successful in France.

To make its catalog attractive to all Americans, not just cinephiles, France Channel has also included on the platform a vast library of video content allowing viewers to fully discover French culture, in areas such as gastronomy, tourism, history, luxury, the art of living and the art of living, with flagship programs such as “Secrets d’Histoire”, “des Racines et des Ailes” or “Échappées Belles”.

New content will be added every week to enrich the offer. For example, in September, France Channel will add tiles as beautiful as “Le Diner de Cons”, by French humor master Francis Weber, and “Chocolat”, with Omar Sy. 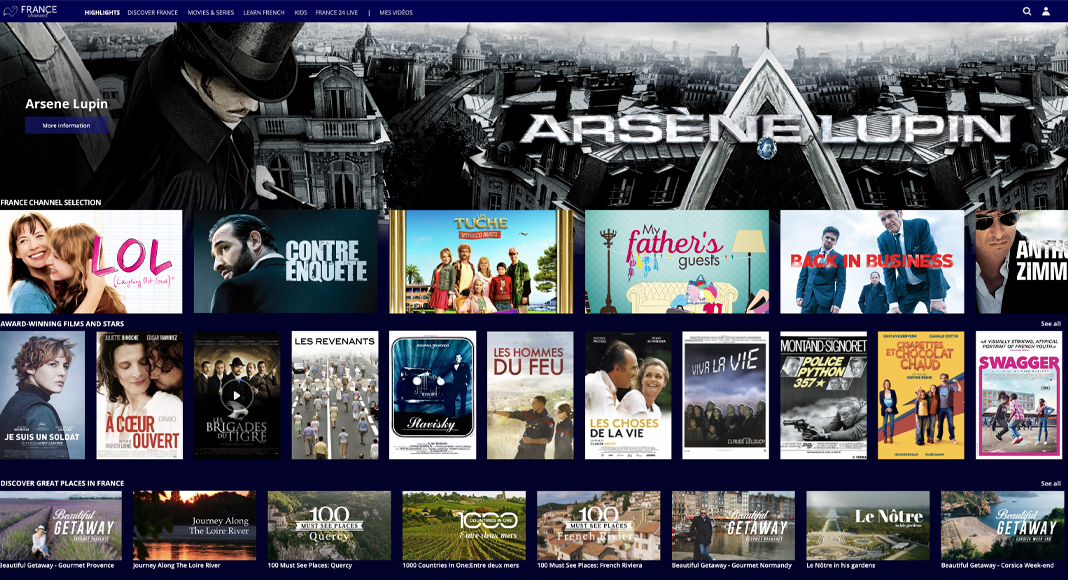 “Apart from Spanish, French is the most learned language in the United States,” continues Verley. Thus, France Channel will also position itself as a unique tool for learning the French language, with a selection of programs subtitled in English and French.

Julien Verley is optimistic about the success of the platform: “We think that the ‘Culturetainment’ proposal is particularly promising, because it lands on a completely virgin territory and it corresponds to all the centers of interest of France and its culture.

France Channel is available on the web, via Apple and Android mobile applications, as well as on the Roku store. Soon it will also be accessible through Struum, a new platform launched by former Disney CEO Michael Eisner.

Make sure to visit www.francechannel.tv to start a 7-day free trial and take advantage of this first entirely French international streaming offer! Subscriptions are priced at $ 7.99 / month or $ 79.99 / year.

—————-
Sponsored articles do not belong to the Frenchly editorial team. They are provided or written at the request of the advertiser, who determines their content.